Generic Zantac, or ranitidine, is widely used for a number of acid-related problems including heartburn, GERD, and peptic ulcer disease. Discovered in 1976, generic Zantac has been available since 1981. Generic Zantac is so widely prescribed, it is found on the World Health Organization’s List of Essential Medicines. Global sales of generic Zantac exceed $140 million each year.

Generic Zantac falls in the class of H2 blocker, meaning it blocks histamine 2 in order to reduce the production of stomach acid. Other drugs in this class include Pepcid and Tagamet. 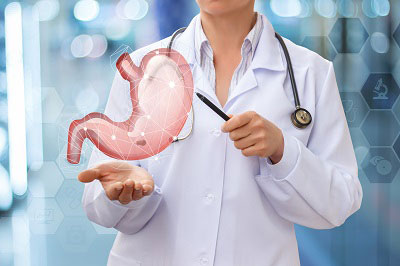 For decades, ranitidine, or generic Zantac, has been deemed as safe for long term, daily use. However, in September of 2019, test results were released by an independent laboratory which made headline news and prompted a flurry of generic Zantac recalls: The known carcinogen NDMA was detected at unsafe levels in ranitidine.

The lab, Valisure, warned of a risk for cancer from generic Zantac after it detected NDMA levels 3000 to 26,000 times the level deemed safe for human exposure. This is not a problem with contamination of a certain batch of generic Zantac; rather, as Valisure’s CEO explains, the formula itself is fundamentally flawed: Ranitidine, “is very unstable… This appears to be a fundamental problem with the molecule itself.”

While the American public only recently learned about the generic Zantac cancer risk, evidence has emerged to indicate early drug developers discovered the presence of NDMA, or N-nitrosodimethylamine, decades ago. It is believed the cancer-causing chemical is produced when ranitidine comes into contact with water--which is does immediately inside the human body, if not before. However, generic Zantac cancer information has only been released to federal regulators and consumers in 2019, under pressure from outside researchers.

The chemical found in generic Zantac is known to cause liver cancer, gastric cancer, kidney cancer, colorectal cancer, and bladder cancer from long term exposure. NDMA is a byproduct of gas refining and tobacco combustion, and is found in aviation and rocket fuels as well as industrial lubricants.

The first ranitidine drugs included in the Zantac cancer recall were generic Zantac products sold by Sandoz, a subsidiary of Novartis. Immediately following the release of the FDA generic Zantac warning, major chains CVS and Walgreens both pulled generic Zantac from the shelves. Other generic Zantac recalls include:

Only now are we learning that for more than three decades, millions of Americans have likely been exposed to a cancer risk from generic Zantac. Evidence suggests the drug developer learned of ranitidine’s tendency to contain NDMA during drug development, yet never warned consumers or regulators of this deadly risk.

Sold by every major pharmaceutical company and drug store chain, the entire industry had a responsibility to know of the risks associated with this popular drug. Manufacturers and pharmacies must be held accountable for failing to warn Americans of the danger of developing cancer from generic Zantac.

Does generic Zantac cause cancer?

Yes, ranitidine or generic Zantac, as it is more commonly known, does put patients at risk for cancer. Described as an unstable substance, generic Zantac reacts with water to produce NDMA, a chemical the EPA classifies as a “potent carcinogen” because it is known to cause cancer. NDMA is a N-nitrosamine contaminant found in many industrial contexts such as jet and rocket fuel.

What kinds of cancer does generic Zantac cause?

NDMA has been found to cause many types of cancer, but exposure to the substance through generic Zantac is thought to cause higher rates of stomach and bladder cancer, in particular.

When did the drugmaker learn of the danger for cancer from generic Zantac?

It has recently become clear manufacturers have been aware of the presence of NDMA in generic Zantac for decades. Drug makers are responsible for warning consumers and federal regulators of any risks associated with its pharmaceutical drugs. Generic Zantac cancer warnings should have been issued decades ago.

Who can file a lawsuit for cancer from ranitidine or generic Zantac?

Who Can File a Zantac Lawsuit?

If you or a loved one suffered from cancer after taking medication for acid reflux or heartburn, you may be entitled to damages. We provide free no-obligation antacid cancer lawsuit case review nationwide if you used . We do not charge attorney fees unless you receive compensation and you are under no obligation after your initial consultation.
TOLL-FREE HELPLINE
1-800-RX-WATCH