Zantac (generic name ranitidine) is a widely-used acid reflux medication that has been recalled and pulled from shelves across the country. Zantac has recently been found to contain an nitrosamine impurity known as NDMA, which causes cancer. This page contains Zantac cancer information including FDA Zantac cancer warning information and answers to frequently-asked Zantac cancer questions and answers. 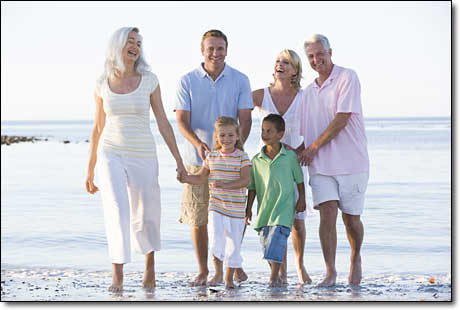 Zantac is frequently used in the treatment of a range of acid-related disorders including acid reflux, heartburn, stomach ulcers and other gastric problems. Zantac is classed as an H2 blocker, a group of drugs that reduce stomach acid by blocking its production at the site of the stomach’s parietal cells.

Zantac, which was approved in the United States in 1983, was an instant blockbuster, becoming one of the first drugs in the nation to reach $1 billion in annual sales by 1986. Today, over-the-counter Zantac yields $129 million each year, and more than 15 million Zantac prescriptions are written for annually.

For more than thirty years, Zantac has been widely perceived as safe for routine use. It was not until the autumn of 2019 that an independent pharmacy and lab, Valisure, raised the alarm over Zantac cancer. The laboratory found Zantac contained between 3000x and 26,000x the level of NDMA federal regulators consider safe. According to Valisure’s CEO, David Light, Zantac, “is very unstable… This appears to be a fundamental problem with the molecule itself.”

We now know drugmakers first learned of presence of the cancer-causing chemical, N-nitrosodimethylamine or NDMA, in Zantac during drug development. In the 1980s, researchers discovered NDMA in Zantac, determining the substance is produced when ranitidine comes into contact with water. The drugmaker neglected to warn the public and only initiated a Zantac recall under pressure.

NDMA is a carcinogenic chemical used in aviation fuel, rocket fuel and industrial lubricants. The substance is also a byproduct of gas refining and is found in tobacco fumes. Prolonged exposure to NDMA has been found to result in liver cancer, gastric cancer, kidney cancer, colorectal cancer, and bladder cancer.

Beginning in late September of 2019, numerous versions generic Zantac were recalled or simply pulled from store shelves. It was not until three weeks later, on October 18, 2019, that the Zantac recall was issued by Sanofi. The Zantac recall included:

Through no fault of their own and with no prior warning, millions of Americans were exposed to a risk for Zantac cancer since the early 1980s. Now we know the drugmaker has been aware of the presence of the cancer-causing chemical in NDMA since the drug was developed, more than thirty years ago. Sanofi had a clear duty to warn consumers of this deadly risk.

With an annual revenue of over $40 billion last year,Sanofi has tremendous resources at its disposal to test for product dangers and warn the medical community and consumers at large of product dangers. Sanofi must be held accountable for its failure to warn Americans about the risk for Zantac cancer.

This section features answers to common questions regarding filing a Zantac cancer lawsuit against Sanofi for stomach cancer or bladder cancer. The information here applies to most Zantac cancer claims. Should you have further questions or wish to discuss your circumstances with an attorney, please contact our firm. Our team of attorneys handling Zantac cancer claims provides free, no obligation case review.

Does Zantac cause cancer?

Yes, Zantac has been found to contain a chemical known to cause cancer called NDMA. This is not a contaminant introduced accidentally; instead, researchers say that when the Zantac molecule comes into contact with water, NDMA is produced. NDMA is a contaminant found in many industrial contexts such as jet fuel and gas refining.

What kinds of cancer does Zantac cause?

While exposure to NDMA could cause many different types of cancer, at this time Zantac cancer claims includes stomach and bladder cancer.

When did the drugmaker learn of the danger for cancer from Zantac?

It has recently become clear the drugmaker has been aware of the tendency for Zantac to contain NDMA since the drug was developed in the 1980s. Drug makers are responsible for warning consumers and federal regulators of any risks associated with its pharmaceutical drugs. Sanofi should have issued Zantac cancer warnings long ago.

Who can file a lawsuit for Zantac cancer?

Any person or family member of a person who was diagnosed with stomach cancer or bladder cancer and has a history of taking Zantac for acid reflux or heartburn may be eligible to file a Zantac cancer lawsuit. Zantac cancer lawsuits may result in significant compensation for pain, suffering, lost income, medical expenses and other losses associated with Zantac cancer.

Who Can File a Zantac Lawsuit?

If you or a loved one suffered from cancer after taking medication for acid reflux or heartburn, you may be entitled to damages. We provide free no-obligation antacid cancer lawsuit case review nationwide if you used . We do not charge attorney fees unless you receive compensation and you are under no obligation after your initial consultation.
TOLL-FREE HELPLINE
1-800-RX-WATCH